Why So Many as 90% Internet Businesses Fail Today?3 min read

Why So Many As 90% of Internet Businesses Fail Today?

Are you wondering why so many as 90% of internet businesses fail today? Every day there are people out there in the “real world” of brick and mother thinking “there has to be a better way to make a living?” while they hurry into a job they might hate or maybe they just want more time to be with family and do the things they like.

I can almost say that 99% of all these people know somebody or knows of somebody who has managed to quit the 9-5 grind and working from their computer from the comfort of their home or perhaps from some other country.

For many, working from home is the icing on the cake so many people actually quit their job with the allure of internet money before knowing what to do when it comes to making money online. When they do this in today’s world they are headed for failure. Because first, you need money to make money, you need the right mindset and you also need the “perseverance” attitude!

Truth be told more than 90% (Ninety percent) of all Internet business start-ups end in failure within the first 120 (one hundred twenty) days. Yes, you read that right. NINETY PERCENT! This according to many sources. Personally today I would have seen this as a warning before I had quit my brick and mortar job.

I am not saying that success isn’t possible and therefore you should not try, cause after all there is that 10% of people left that do make a success story. However, those success stories don’t happen by accident and it is not just a crapshoot.

Success happens because of some very important factors.

The reason why this 10 % create a success story is because they have the right ideas on how internet marketing works and they do not expect to get rich quick (the biggest downfall), they know it takes hard, persistent work (not giving up when the weeks go by with no earnings) and money. They don’t expect to be retiring on a tropical island!

The strange part is why so many as 90% internet businesses fail today is that people who would not in their wildest dreams start a brick and mortar business because of a lack of business background have all the hopes that they will succeed online thinking that they no longer have to get up and go to work. Many of them think they can simply work when they “feel” like it and make a good living that way with no hard work or long hours

Wrong Perceptions about the Internet

Why so many as 90% internet businesses fail today is not that strange being that most people have the wrong perception about the internet. Unfortunately, people are under the perception that starting an online business is basically getting a free website and hanging up an “open for business,” and nothing could be further from the truth!

Creating a successful internet business requires self-discipline, long nights, and much frustration. It does not entail party all night, sleep until noon, and then spend 3-4 hours in front of their PC and make a ton of money…(and to think I was one of those back in my days!!!)

Won’t Run Its Self…

For some funny reason, they think that by getting their website the world is just going to hand over the money, ain’t gonna happen!

Online business is not going to run itself, I am sorry, however, if you put in the hard work, eventually you too will be able to automate more of the work just like the “gurus.”

What Is Affiliate Marketing

Why Become an Affiliate Marketer! 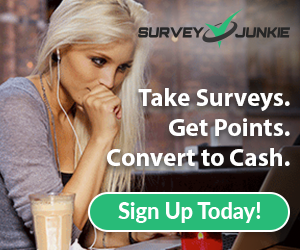